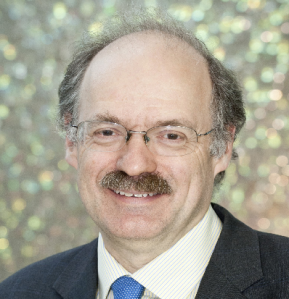 The Government’s Chief Scientific Adviser, Sir Mark Walport, has been touring the country speaking about climate change. The slides from his talk last Friday in Glasgow “The Planet in our Hands: Responding to Climate Change” can be found here as a pdf file or here on slideshare.  He has given the same talk in Bristol, Birmingham and London.

There are several points to take issue with in Walport’s presentation, see this Bishop Hill thread, but here I will focus on just one.

Slide 22 has the heading “Scientists have increasing confidence in attribution of extremes”.

This is a false statement. In fact the opposite is true – confidence in attribution of extreme events to climate change has declined in the last few years. To see this, we only need to look at table SPM1 from IPCC AR5, which helpfully includes a comparison with the corresponding statements from AR4 (in red). With regard to heavy precipitation events (featured prominently in Walport’s slide) the AR5 statement is “Likely more land areas with increases than decreases” which is less confident than AR4’s “Likely over most land areas”. With regard to droughts, the IPCC assessment of human contribution has declined from “More likely than not” in AR4 to “low confidence” in AR5. Confidence in current and future increases in tropical storms has also decreased.

More details of the IPCC climb-down over extreme events are given by Roger Pielke, with some specific quotes from the main AR5 report, and ending with some sound advice for Walport: “Climate campaigners would do their movement a favor by getting themselves on the right side of the evidence”. Similarly Judith Curry says “The AR5 is less confident than the AR4 in terms of increasing heat waves, drought, and tropical cyclone intensity”.
I’ve also reported here more details of what the IPCC says about flooding and tropical cyclones.

I am sure that Walport is an honest man, though misguided and ill-informed. The question that arises is, who is advising him and giving him this false information?

Here is a screenshot of that table, SPM.1. Click to enlarge. 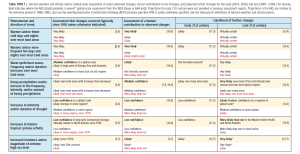 Why I Am Against Net Zero

The Kentucky Floods — A Sober Appraisal

Everything’s Great, but it Might be Terrible in a Minute